What Are the Signs of Cocaine Addiction To Look Out For?

Cocaine is a powerful stimulant drug. It acts on the central nervous system to produce feelings of energy and euphoria. Cocaine is naturally derived from the coca plant, which is native to South America. Once harvested, the plant is processed into a fine, white powder that is generally snorted through the nose. In 2018, cocaine was the second most common drug associated with fatalities in the United States. According to the Substance Abuse and Mental Health Association, almost six million Americans used cocaine in 2019. For many who struggle with an addiction to cocaine, achieving sobriety is very challenging without comprehensive detox and addiction treatment support.

Why Cocaine Is Addictive

The effects of cocaine are intense and quick to take hold. However, when compared to those of other drugs in the same drug class, the effects of cocaine are short-lived. This often brings users back for more frequent and more substantial doses as they pursue the “high” they first felt when taking the drug. According to the National Institute on Drug Abuse, cocaine is so addictive because repeated use creates physical changes in the brain. Ongoing use increases the rate at which the brain releases dopamine, the chemical associated with reward and pleasure. Cocaine stops the brain from recycling the dopamine back into the neurons in the brain, causing the levels in the body to build up. When someone uses cocaine frequently, this process occurs more often than usual, and the brain’s reward system begins to change, resulting in dependence, tolerance, and addiction.

According to the National Institute on Drug Abuse, as many as fourteen percent of American’s over the age of 12 have used cocaine in their lifetimes. There are two primary types of cocaine. The first is a powder that is snorted, injected, or smoked. The other is rock cocaine, which is generally smoked although can be introduced to the body in different ways. Cocaine is a drug with significant addictive potential. When you use cocaine, the effects are strong and felt quickly; however, they do not last long. This often leads to frequent and increasingly larger doses to achieve the same “high” initially felt when trying cocaine for the first time.

As with many drugs, the signs of cocaine addiction will vary from person to person. However, there are some signs and symptoms that are often seen in most cases.

It is essential to understand the potential signs of cocaine use to better ensure one’s ability to seek addiction treatment. When one continues to use cocaine, the risk of overdose and death increases significantly. Data from the Centers for Disease Control and Prevention indicate more than 16,000 people lost their lives to cocaine overdose in 2019.

How Rise in Malibu Helps With Cocaine Addiction

At Rise in Malibu, we will work with you to create a customized addiction treatment plan that meets your unique treatment needs and goals. We understand that each person who struggles with a cocaine addiction experiences addiction in different ways. Therefore, the most successful treatment plans are those that treat you as a whole person, not just the addiction. We also provide co-occurring disorder treatment for patients who struggle with a mental health disorder (such as depression or anxiety). Recovery from cocaine addiction is a journey that will last for many years beyond completion of your treatment program at Rise. All of our treatment programs incorporate aftercare planning to ensure you remain on the road to recovery. If you are ready to put cocaine addiction behind you, reach out to the admissions team at Rise in Malibu today. The Warning Signs of Alcoholism to Look Out ForAddiction 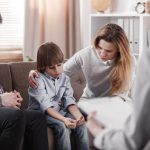 Repairing a Relationship With an AlcoholicAddiction
Call Now Button